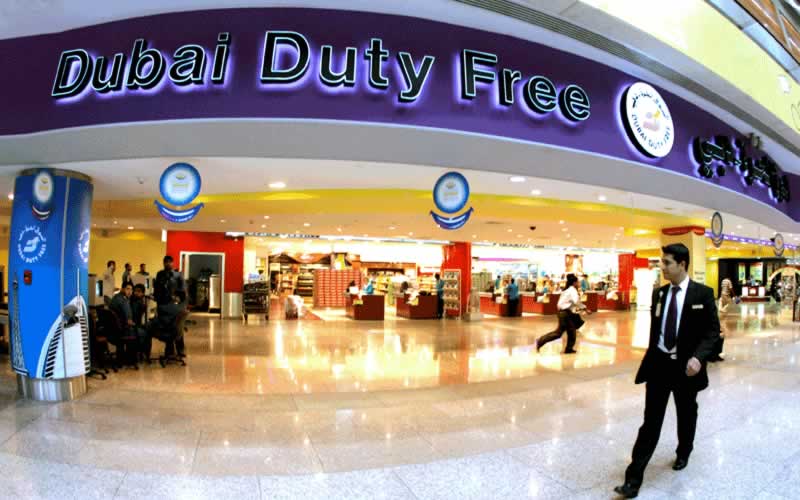 Company Profile: Dubai Duty Free Soaring to a New Heights Dubai Duty Free, which celebrated its 31st  anniversary on 20th December, recorded annual sales of Dhs6.999 billion (US$1.917 billion) last year. Its founding principal of providing travellers with a first class retail experience in a shopper-friendly environment and a diverse range of products still holds true to this day. Employing over 6,000 people, Dubai Duty Free has consistently raised the benchmark for airport retailing and it continues to grow.

To date, Dubai Duty Free has received over 500 awards which bear testimony to the operation’s retail success including being named the “Airport Retailer of the Year in Single Location” at the prestigious Frontier Awards 2014 held in Cannes;  “Best Airport in Duty Free Shopping” presented at the Business Traveller Middle East Awards; “Middle East Travel Retailer of the Year” from DFNI Asia Pacific;  the “Superbrands Awards for Excellence in Branding” received from Superbrands Council UAE and the Global Traveller US Magazine award for “Best Duty Free Shop”.

In the past year alone, Colm McLoughlin was presented with several awards including the “Sir Michael Smurfit Business Achievement Award” which was presented at the 25th Annual American Celtic Ball hosted by the Irish Chamber of Commerce USA (ICCUSA) held in New York. The award recognizes his leadership over the past thirty years and he joins a list of renowned business leaders from Ireland for their significant contribution to international business. He was also presented with the “CEO of the Year” at the 3rd Asian Leadership Awards, and the “Lifetime Achievement – Editor’s Choice Award” at the inaugural Conde Nast Traveller ME Awards last November.


In 2014, Colm McLoughlin was named one of the “People of the Year” by The Moodie Report, a highly-respected online industry publication, “Best Manager of the Year” at the Europe Business Assembly’s Socrates Awards held in London. In September of this year Colm received the 4th Asian Leadership Award “Hall of Fame” award and also in September he was presented with the “Outstanding Contribution to Business” Award at the CEO Middle East Awards organised by ITP Publishing. In October, he was named a recipient of the Irish Presidential Distinguished Service Awards  (Business and Education category) for the Irish abroad, presented by the Irish President, Michael D. Higgins at his official residence at Aras an Uchtarain in Dublin, Ireland. While the successful running of the shopfloor is a major focus for Dubai Duty Free, the operation is highly committed to promoting Dubai through a series of high level sporting events including the Dubai Duty Free Tennis Championships, which is owned and organized by Dubai Duty Free.

Meanwhile, Dubai Duty Free subsidiary businesses include The Irish Village, The Century Village and the Dubai Duty Free Tennis Stadium; home to the Dubai Duty Free Tennis Championships. Located on the same site in Garhoud, the recently opened Jumeirah Creekside Hotel, which encompasses the Aviation Club, is owned and developed by Dubai Duty Free and is managed by the Jumeirah Group. The hotel, which opened in July 2012 is already proving to be a popular business and leisure property.  In close proximity to Dubai’s international airport it is a five star hotel of international standards.  There are 292 spacious rooms and suites offering guests a refreshing interpretation of luxury and an authentic experience of Dubai.  The Irish Village Bar and Restaurant in Dubai is also owned and run by Dubai Duty Free. A winner of several industry awards and named by Newsweek International as one of the ‘top ten meeting places in the world’, it continues to attract visitors from all over the world.

Bookmark, share and keep visiting this page as we will post here the latest Dubai Duty Free Careers And Job Vacancies in 2020. For those who wants to know about the salary offer by the company, it always depend on your qualification and position that you applied.